While last year's theme focused on Masaryk's personality and his relations with people, this year's theme will focus on Masaryk and education, which is extremely topical. We will focus on it not only in the lectures and discussions on the first day, broadcast from the representative rooms of the Mendel Museum refectory, but also more practically, in the Education for Society conference programme, which will fill the second day.

Recording of the program of the Centre for Culture, Art and Events (March 2)

Recording of the conference Education for Society (March 3)

Listen to audio recordings from the book „Velicí mužové“. You can play individual chapters on YouTube (in Czech):

Along the intricate pathways of Masarykological research: The philosopher Lubomír Nový and sources from the Masaryk University Archive (in Czech)

“The history of research into the life and work of T. G. Masaryk is not, nor can it be, a purely bibliographic-historical matter. It is part of general and cultural history, it is a history of Masaryk’s actions and the complex reactions to his personality.” With these words written in 1990, the professor of philosophy at Masaryk University’s Faculty of Arts, Lubomír Nový (1930-1996), summarized his experiences with this theme over several decades, a period characterized by radical changes to the ways in which T. G. Masaryk was perceived. Lubomír Nový began to focus on the theme of T. G. Masaryk shortly after finishing university at the start of the 1950s. The postwar conflicts in Czechoslovakia and particularly in France, where he spent some of his high-school years, led him to the belief that the social order had to be rebuilt from its foundations, which was why he criticized Masaryk’s philosophy in the 1950s from a Marxist perspective. However, his contact with the sources and the gradual liberalization of the discourse led to an examination of the theme from a more objective viewpoint. The 1960s were marked by efforts to acknowledge Masaryk’s position in our humanist and democratic tradition and towards his full rehabilitation. Nový understood Masaryk as “a philosopher of crisis, criticism and meaning,” as an important counterweight to dangerous and alienating technological and messianic concepts of history. He was also involved in the endeavour to reinstate the name of Masaryk to the university, which had been named after Jan Evangelista Purkyně since 1960. The whole venture ended in failure and Lubomír Nový was removed from his post as head of the Department of Philosophy, transferred to a sociological research laboratory at the Faculty of Arts, and forbidden from teaching, publishing or travelling. Therefore, he could only fully devote himself to the history of philosophy after the Velvet Revolution. He applied himself principally to a critical reading of T. G. Masaryk and considerations on the still current aspects of his work. During this period he was also able to develop different activities related to preserving the university’s Masarykian traditions – for example, through lectures at ceremonial occasions, academic conferences, and the establishment of the Section for the Study of the Works of T. G. Masaryk at the Department of Philosophy of Masaryk University’s Faculty of Arts.

Professor Lubomír Nový’s personal collection, which will soon be made available to researchers at the Masaryk University Archive, offers a unique insight into these events and the circumstances surrounding Masarykological research in the second half of the 20th century. The collection is also an important source for charting the historical approaches of Masaryk University to its own Masarykian traditions.

Masaryk University Centre for Culture, Art and Events (in Czech)

This publication introduces the activities of the Masaryk University Centre for Culture, Art and Events of and its divisions: Munipress Publishing House, the Mendel Museum, University Centre Telč and the Masaryk University Archives. It presents the university's ceremonial rooms, its art gallery, and the music ensembles which are connected to the university. Additionally, it contains a calendar of important events for 2022, which are mainly dedicated to the celebration of the 200th anniversary of the birth of Gregor Johann Mendel, the founder of genetics.

Although a university’s raison d’être is to provide education in different academic fields, culture should also have its place here and in at least three ways. Artistic disciplines are represented at universities, cultural events reflect the inner strengths and creativity of the institution, and not least, we can talk about an organizational culture which is created by the personnel policy.

The management of Masaryk University which came to office in the autumn of 2019 set itself the goal of unifying and developing the activities of university institutions which are also dedicated to culture: Munipress Publishing House, the Mendel Museum in the Augustinian Monastery in Staré Brno, the University Centre Telč within the former Jesuit grounds, and the MU Archives which focus on documents and illustrated material which could be useful when organizing exhibitions and other events.

Two platforms in particular have emerged to raise the profile of this effort to link already existing institutions: “Masaryk Days” held at the start of March in honour of the university’s spiritual father, and “Mendel Days” at the start of November.

In 2022, when we commemorate the bicentenary of the birth of J. G. Mendel, the founder of genetics, there will be a whole series of events rather than just one – in addition to an academic conference and concerts, new exhibits will be opened in the museum. This year’s “Masaryk Days” will also be slightly different. The university will welcome a large number of interesting figures for a conference entitled “Education for Society”, which will address current issues facing education in a period of crisis.

Naturally, the cultural activities of the university do not end with these events. Music and theatre groups operate within the university; the Brno-Bohunice Campus is the location of valuable works of art (for example, sculpture by Stanislav Kolíbal), with the result that its grounds have become a distinctive sculptural park; art and archival collections continue to grow and the exhibition space of the Pitevna Gallery is partly in operation despite the pandemic. The academic ceremonies are themselves a kind of work of art. In addition, the Rector’s Council for Culture and the Arts continues to function, although it recently lost one of its long-standing members, Rector Emeritus Eduard Schmidt (1935–2021), who was an example of a scholar who contributed a great deal towards university culture.

This booklet aims to highlight these institutions and their current activities. Thanks to the accompanying illustrated material, the reader can at least form a general idea of the works which are being produced by these institutions. A festive atmosphere is added to these events by the Scala University Cinema, which provides space for high-quality film productions in addition to educational and cultural enterprises. It is also worth mentioning the grounds of the Augustinian Monastery in Staré Brno and the traditional auditorium of Masaryk University’s Faculty of Law. The cooperation with MUNI TV, a students’ studio at the Faculty of Social Sciences, is also of invaluable help. It provides professional recordings, online broadcasts of events from the Centre for Culture as well as subsequent archiving.

Over the past two years the university’s Centre for Culture has become a “virtual” reality, whose creative potential has had to be realized in line with the epidemic measures in force. Therefore, those involved have been waiting impatiently for the pandemic to end, when individual activities can blossom once more and when it will be possible for the university and non-university public to become personally involved to a far greater extent. 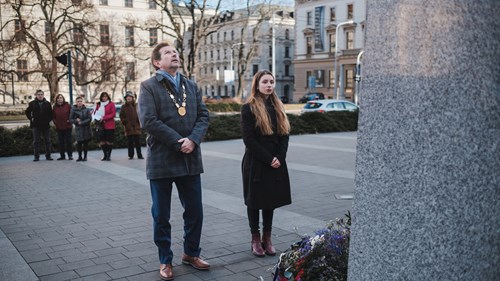 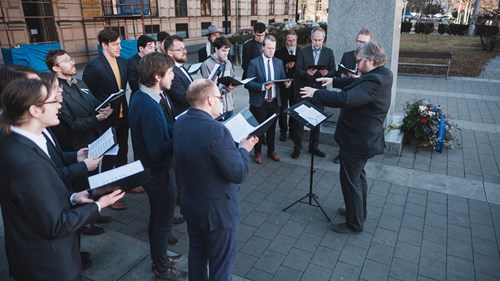 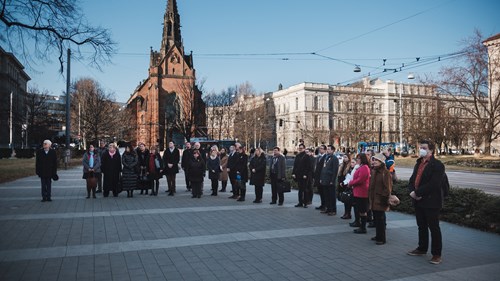 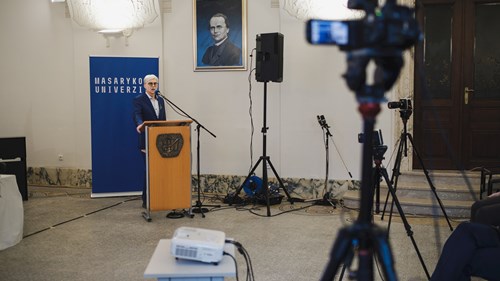 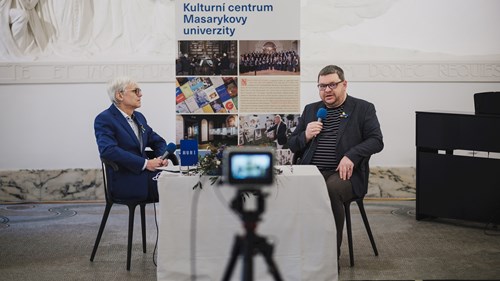 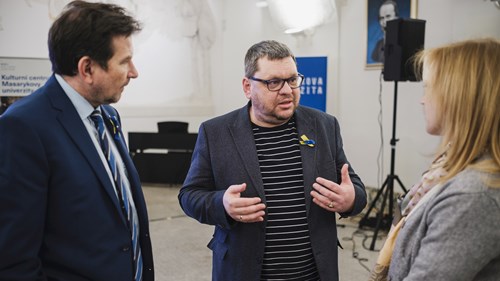 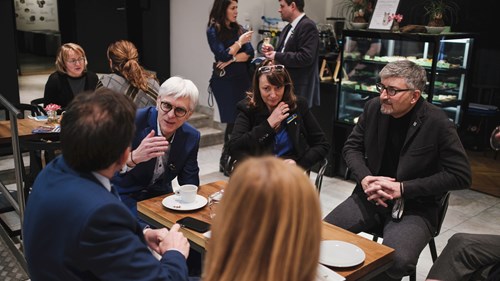 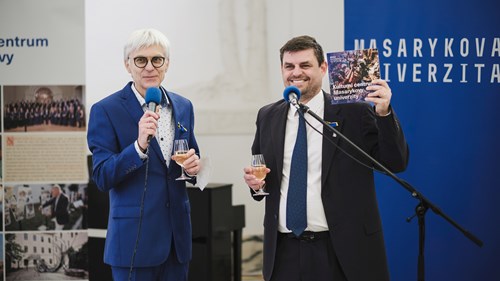 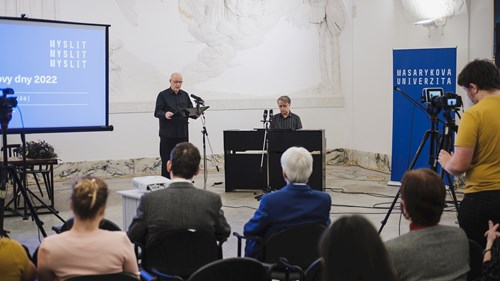